How does a weaker pound affect mortgage rates? 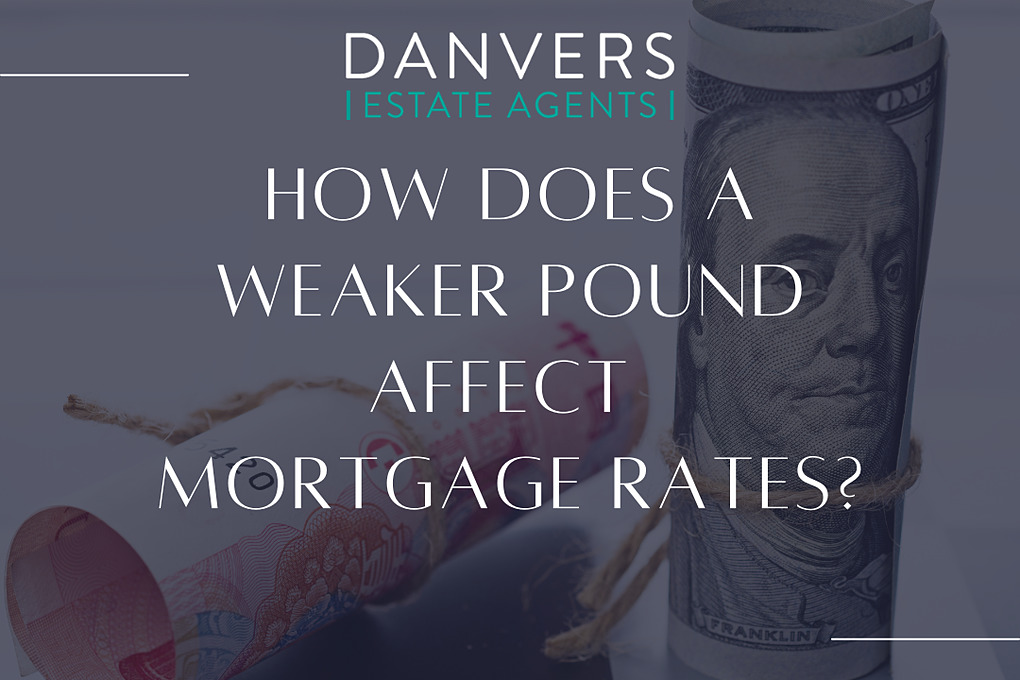 Following Chancellor Kwasi Kwarteng’s mini-budget, where Stamp Duty cuts were announced, amongst other tax cut measures, has seen the pound's value sharply fall against the US Dollar.

How does a weaker pound affect mortgage rates?

Since the mini-budget announcement, the value of the pound has suffered significantly hitting a record low against the US Dollar on Monday, as global markets digested the implication of tax cuts and higher borrowing from the government.

The Chancellor introduced these tax cuts to help the UK population with the rising cost of goods and services such as utilities.

However, many analysts expect this will only encourage the continued rise in inflation, which will lead to higher interest rates.

The Bank of England has recently increased the base rate to 2.25%, pushing borrowing to an all-time high in 14 years. Since the mini-budget announcement, economists expect rates to rise as high as 6%!

Although Interest Rates in the UK are rising primarily to combat inflation, the uncertainty of the tax cuts and higher borrowing from the government of what is estimated to be £45 billion, has meant a sharp fall in the pound on Monday.

The Chancellor believes rising interest rates and tax cuts, will help the UK population to have more money in their pockets. The Chancellor has also set a target for the UK's GDP to reach 2.5%.

Industry analysts and market economists don’t agree with the Chancellor and are concerned that the recent tax cuts will lead to higher inflation, which will continue to push interest rates even higher and reduce economic growth.

Interest rates are already at an all-time high for 14 years in a bid to tackle inflation, which is currently at a 40-year high.

The weakening pound against the US Dollar is cause for concern as most global commodities are priced in US Dollars. The result is simple, a weaker pound means importing goods, fuel and gas becomes more expensive, which in turn will drive inflation higher than what it currently is.

The Bank of England may have to aggressively increase interest rates to control inflation.

Although this is only speculation, the Bank of England will have to step in to restore confidence in the pound, either by holding an emergency meeting to increase the base rate or having a steep increase during early November when they next meet.

For the last few years, borrowers have seen lower interest rates on mortgages, with the start of 2022 seeing record low mortgage rates.

Buyers and homeowners who have secured their rate on a fixed deal prior to the increase in the Bank of England’s base rate, are locked in until their mortgage deal expires. Those looking to buy a new property, re-mortgage or those on a variable or tracker mortgage, will face higher mortgage rates.

Taking analysts’ predictions into account, if rates rise to 6% and if mortgage rates were to increase by the same amount, a homeowner will have to pay an additional average of £465 per month on a £200,000 mortgage.

When it comes to deciding what to do, we recommend speaking to a mortgage broker or your bank to seek advice. No one knows what the future will bring, but for now, with the rise in inflation, interest rates should continue to rise according to industry experts.

You should note that lenders may allow you to secure a better rate up to six months before your current deal ends without a redemption penalty. But please check what your mortgage conditions are before making any changes.

House prices are not expected to reverse, however, a slowdown in price growth is most likely to continue creating a buyers’ market.

The Stamp Duty cut will motivate buyers as it’s unknown if there will be changes to the Stamp Duty if a new party wins in the next election.

25% of sales also involve no mortgage, with most sales involving mid-sized mortgages.

It’s unknown what to expect over the next few months. For now, with the rise of inflation set to continue and the pound seeing a sharp drop over the US Dollar, the Bank of England is most likely set to increase the base rate.

Keep reading our blogs and newsletters for the latest property news!